One of Houston's Finest - The Tontons!
ON ROAD NOW! 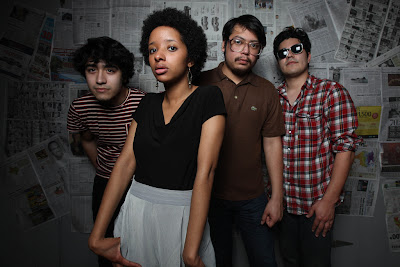 AND BE SURE TO CHECK OUT THEIR SITE.

THE TONTONS ARE COMING TO A TOWN NEAR YOU!

A soulful blend of psychedelic blues and indie-rock, The Tontons are a spectacle. Their driving arrangements and beautiful melodies evoke magnetism and suspend reality. Raw energy veritably emanates from this Houston, TX quartet. The Tontons’ creative method is different from other musicians’; their writing technique, rehearsal and performance style are uniquely their own. This produces a mesmerizing hybrid of disparate musical genres making them difficult to categorize and giving them broad appeal and popularity. The band released their first EP in 2008 titled “Sea and Stars” which earned them the award for “Best New Act” by the Houston Press and showcases at SXSW 2008 and 2009. They followed up with a self-titled full-length album, earning them rave reviews and numerous accolades in the Houston Chronicle's "Favorite Houston Albums of The Decade". Currently, The Tontons are working on a new record due out August 2011.

Posted by Pushermania at 4:14 PM