Yes, yes y'all. These are my bro's for years, fo life. 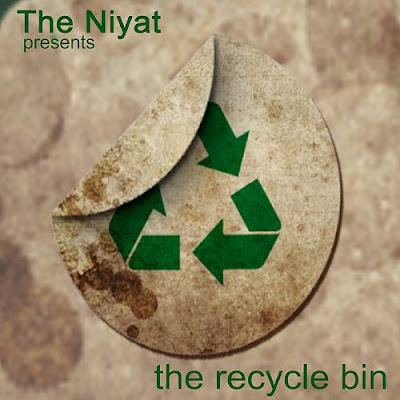 Since people seem to be appreciating real rapping again, I think it's time the world really got to hear The Niyat. Houston's best kept secret indeed. Dudes go in, deep, like a mug.

CLICK HERE TO DL THE RECYCLE BIN. The latest release from Houston's The Niyat.

The Niyat - "The Recycle Bin"

And peep this video. Wish I would have seen these dudes at SXSW. Been a while. No worries we will get them out to Austin again soon.

I know its hard for a lot of you to comprehend this, but these are some real rappers. Dudes who have been doing it, and still do it, on their own terms. I fill dat.
Posted by Pushermania at 1:21 PM