Hands down, there's no chance it won't happen, it's happening now. Have you heard them?

I don't go around singing the praises of singer songwriters often, but there's a certain soul with this group, mainly band leader Celeste Griffin, that cannot be denied and will be up in your collective earholes soon enough. This album rules... 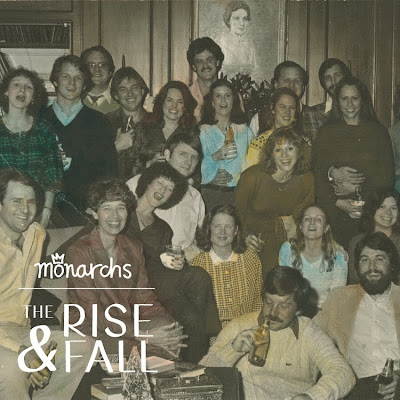 CHECK THEM OUT LIVE IN SESSION ON AUSTIN'S KUT EARLIER THIS MONTH. KUT been showing them a lot of love, word to Jay Trachtenberg.

I've been listening to it for a year straight, from the rough demos on to the finished product. I feel like this record merits an actual review, but alas I don't review records. I don't read record reviews so why should I try to review them beyond telling you that this shit is super jammin. You either believe me or you don't. I know there's a certain art to reviewing peoples art, and such, but as such, I'd rather you just trust me and check the songs/videos below and go get the fuck up on this right here.

For this is the band you will be hearing about from Austin in the near future aka the present, as in, right now, The Monarchs are happening and you're either gonna get on the boat or get left behind. It finna leave Lake Travis at noon and won't stop till it hits all 7 oceans and every river in between. That's what the record sounds like in fact, a beautiful cruise over a murky sea. Alright that makes no sense, listen, lemme stop. Lemme just say GET THIS ALBUM THE MOTHERFUCKER JAMS and Celeste is bout fin to be a big star out this dry little pond we call Austin.

Pray for rain and dance to this song.

YOU CAN LISTEN TO AND BUY THE WHOLE ALBUM HERE! Digital, Vinyl and CD.

I mean, GET IT FROM THE OFFICIAL MONARCHS FAMILY SITE.

Anyway this is another great jam from the album:

And I am totally stoked for them to make this video.

I guess what I am saying, is what the Goodie Mob said to you long ago, listen to me now, believe me later on, in the future... The Monarchs are next out of Austin, hands down, for sure.
Posted by Pushermania at 9:48 AM