Radio Doc: Rhymes and Revolution: Soundtrack to the Arab Spring

My man Jackson Allers is from Houston, but lives in Beirut, Lebanon and for years has been my connection to Arab Hip-Hop. There's some amazing things happening out there. It's a real, living, breathing revolution, and hip-hop is the soundtrack. All hip-hop fans, and fans of revolution and freedom need to listen to this 30 minute radio documentary that first aired on July 4th, 2011 on Free Speech Radio News. 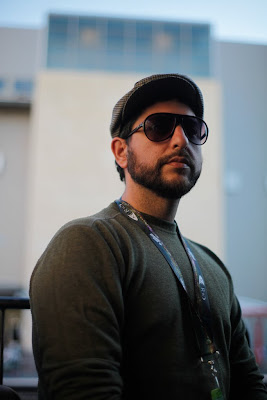 Fun Fact: Jackson Allers was a big part of getting Damage Control on the air at KPFT in Houston in 2002. Renee Feltz who has reported for Free Speech Radio News was as well. When I first submitted the proposal to do Damage Control on KPFT, it was them and a few other good people who stood up and explained to the station (in great detail, more than once) why they should allow Damage Control on to the air. And the rest is history. And here's my man Jackson almost ten years later giving the world a serious look at what is happening in hip-hop in the Arab world. This documentary is amazing. Everyone needs to hear it NOW. Much respect to my brother Jackson.
Posted by Pushermania at 3:52 PM