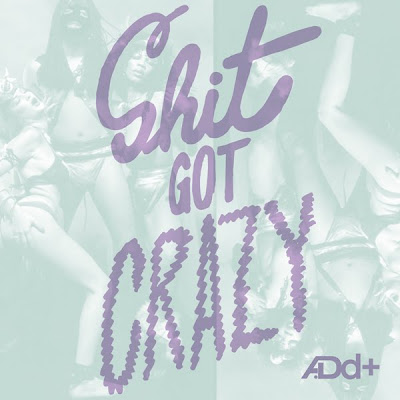 A.Dd+ teams up with “Can’t Come Down” producer Brain Gang X’Zavier once again to bring y’all a creepy tale of what can occur when you mix drugs and alcohol with strangers.

Fresh off the Red Bull Skooled tour through Texas (with legends Bun B, Mannie Fresh, Paul Wall, Michael Watts, Cold Cris and Chingo Bling), A.Dd+ and DJ Sober are gearing up to hit the road again, this time for a month-long stretch across the US and Canada as one of two openers for Black Milk‘s Claps and Slaps Tour. The duo and their DJ will join the tour on February 29th at the Knitting Factory in New York. Black Milk, who is often cited as having one of the best shows in Hip-hop, will be joined by his band Nat Turner, a trio consisting of Ab Abernathy (keys), Malik Hunter (bass) and Zeb Horton (drums). Between the duo’s reputation for delivering explosive opening sets and Black’s reputation as a powerful showman with a band that infuses everything from funk, to soul, to gospel and rock throughout his show, this combo is something you don’t want to miss. Check ‘em out in a city near you.