MAN HOLD UP! This is more of what you need right here. 8 of Central Texas's finest lyricists, goin' hard as fuck on the Concealed Weapons Mixtape. Seriously this is some REAL RAPPING. Might be a bit much for some of y'all, but those of you who enjoy REAL RAPPING will feel this all day for sure.

League of Extraordinary G'z. My young potnas from out here in Austin, coming with that fire. They rap the kind of rap I like to listen to. Man, I think it's really about to go down.

This Saturday, February 6th - Devin the Dude is shooting a video in Houston for the song "What I Be On" from the Suite #420 album. Devin says - "It's a song about feelin' good on whatever you get high on." 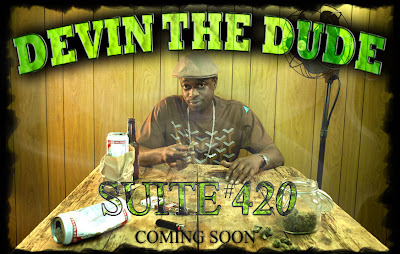 And then of course, Austin, the last minute concert announcement of all announcements, next week, Friday February 12th WALE hit's Republic Live with an all star cast of locals opening the show. Tee Double, Kevin Jack, League of Extraordinary G's, and way more. Table Manners Crew in the House.

Get that League tape and tell me what you think.

Good lookin out on the drop.

good covering thanks you makes it surreal تقنية