Some might not realize that Buk and Psyde of Psycho Drama used to live in Houston for a while when they were signed to Suave House. Down with everybody including and especially Bun B and them MDDL FNGZ, they made a big impact in Houston and throughout the underground but alas that Suave House album never actually came out and they went back to Chi and remained underground legends to this day. 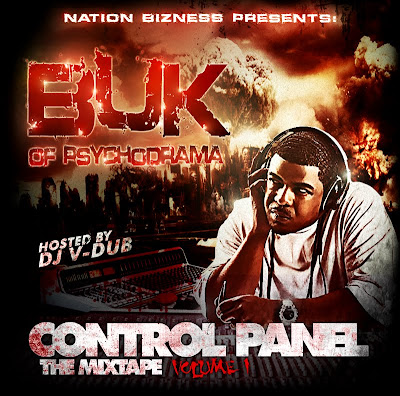 This mixtape is off the chain. There's literally NO ONE who raps like Buk past, present or future. The man is his own animal and his style is one of the dopest I have ever heard in all of hip-hop history. Yeah, if you know me you know I ride for the south but I jock the hell out of Psycho Drama and honestly the early-mid 90's/early 2000's Chicago/Midwest gangsta shit is some of my favorite rap music. Especially Psycho Drama. 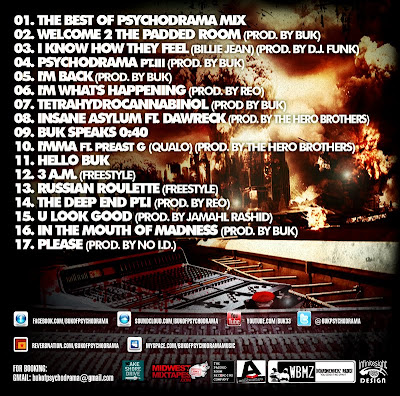 So this mixtape right here is a welcome addition to the collection. I need jams like this in my life way more often. Shit is fucking real.

Go get it over here at my folks FakeShoreDrive site asap and then go check for a whole lot of new Chi stuff all over the site.

Track 8 has me trippin' by the way. Word to Da Wreck and all my Chi-town folk. Where my Wicked Ent. folk at? Folk.
Posted by Pushermania at 12:11 PM