10 Years Ago... Damage Control Started on KPFT in Houston

And all this month on the AustinSurreal Show we are going to look back on those daze. Starting last night in fact. 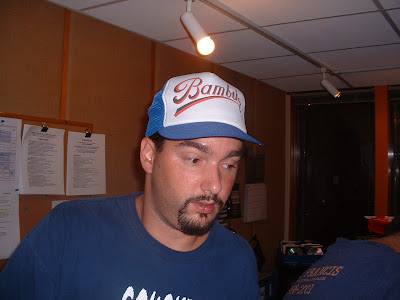 Me somewhere around 10 years ago, in the KPFT studios. I thought I was fat back then, sheesh.

ANYHOO. There's an image that goes along with this SOMEWHERE but I can't find it. The show below is from Sept. 12, 2002. The night David Banner and Bun B first met, at KPFT In Houston. Banner was in town recording with Lil Flip and Bun wanted to come down to the station to speak on a changing America, one year after Sept. 11th.

So it worked out. I was rolling with Banner a bit at that time when he would be in Houston. We'd do photos, interviews, whatever. Dude was a hungry monster for real. Running around the country in an old mini van with his equipment and a pistol. Dude slept in it when he had to, he really went out there and worked for his success. So happy to see that man on top.

Bun B too, realest dude ever in the whole rap game. Crazy to hear him say "I've been doing this for 10 years," in this interview.

CLICK HERE TO STREAM OR DOWNLOAD THIS CLASSIC EDITION OF DAMAGE CONTROL - Featuring Bun B and David Banner live in the studio!
Posted by Pushermania at 4:06 PM