And it's really goin' down! One of my favorite weekends of the year hands down in Austin. Wait'll you hear about the official afterparty brought to you in part by AustinSurreal! 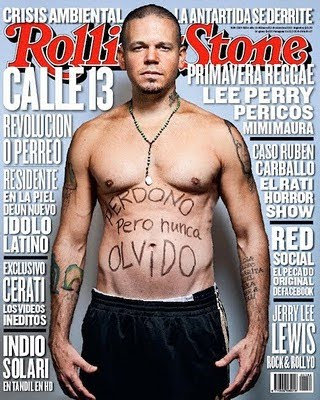 Early Bird Tickets On Sale Tuesday March 6 at 10AM Central

March 5, 2012 (Austin, TX) – Today, the Pachanga Latino Music Festival, the Latin-themed music, cultural arts and food festival, announced the initial music lineup for the 2012 festival. 19-time Latin Grammy and double Grammy winners Calle 13 will perform for the first time in Austin as headliners for the inaugural Friday night show of the festival in partnership with local indie promoters Knuckle Rumbler.

The festival will be held at Fiesta Gardens in Austin, TX on Friday, May 11 and Saturday, May 12. Saturday will feature International, national and local favorites Los Lonely Boys, Chico Trujillos, Ana Tijoux, Alejandro Escovedo, Forro in the Dark, Ruben Ramos and The Mexican Revolution, La Santa Cecilia, Girl In A Coma as well as Niños Rock Pachanga, the hands-on kids festival.

VIP tickets are available Saturday ONLY and are $45 for the early bird ($65 day of show). They include air conditioning, indoor restrooms, limited complimentary alcoholic beverages and unlimited non-alcoholic beverages as well as tastings from Austin’s favorite Latina restaurants including Takoba and Papitino’s.

Tickets are on sale at pachangafest.com and jivetickets.com. A portion of all proceeds will benefit the FuturoFund Austin.

Pachanga is a Latin-themed music, cultural arts and food festival dedicated to showcasing the vibrant blend of Latino-created music and art and the impact it has on American culture today. The festival will be held on Friday, May 11 and Saturday, May 12 at Fiesta Gardens in Austin, TX.

FuturoFund Austin is a collective effort to engage our community through philanthropy and leadership. FuturoFund members make equal contributions to a charitable fund held by the Austin Community Foundation. Members are engaged in a grant making process through which 100% of member contributions are granted to deserving organizations making an impact in the Hispanic community.
Posted by Pushermania at 10:13 AM

shiiiiit. We one one.