I'm very excited to post this disc here from one of my favorite MC's and favorite DJ's in Texas. Like my bro'z for real. KILLA KYLEON AND RAPID RIC. 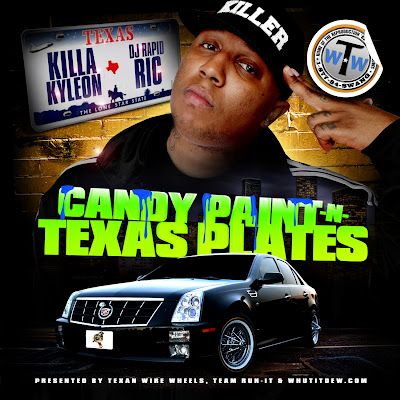 It's a banger of course and I am glad to see Killa finally starting to get the recognition he deserves. He ain't no hype man, mayne, he's an incredible MC. 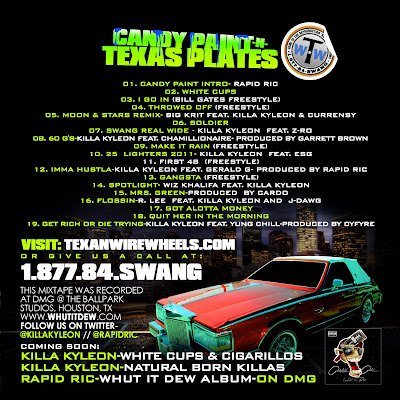 You can get it on WhutItDew.com

I been real lazy with the camera lately but I caught a few flicks on the last couple shows I hit, and here they are.

First up man, I shoulda shot way more here but the crowd was so thick. But man, Kydd shut it down in a major way.

Opening for the Cool Kids just after Napalm at The Mohawk in Austin. with Corey Kendrix and DJ Charlie of course.

Dudes killed it with the live band.

And I mean I still hadn't resolved my issue with my flash so I didn't take a lot there. But I went to Houston Sunday. Only caught the end of the Sneaker Summit but WOW @htownsnkrsummit seriously they done grew into the Toyota Center!

But I was lazy there too but then I went home. To my straight up home base club, the place I love to kick it the most, Warehouse Live. I am not even kidding it was so dope to be back there.

And I mean man the line up was dope as hell. Cool Kids with Killa Kyleon, L.E.S., Mookie Jones, Kydd, man it seriously went down.

Edica and Sean Lala of that VAN CITY! En route to Monterrey, all my MTY folk hit him up.

Kerry Toorcana and Shina Rae up in the spot!

DeAndrea Wright and Jack Freeman are too

FAT TONY! Boy is hustlin'. See him in a city near you. Do you have Rabdargab yet?

Me and the man Sascha Scoremorein the hizzy. Dude hipped me to these cookies, but I need the full info cuz yes, they are really great and in a plastic bag, bout to be crushed by buildings and such.

Mookie Jones was in the house killing his early set. Man, straight up, its so great to see him on stage doing his thing, knowing I saw hm doing the exact same thing when he was a seriously little kid. Dude is living it.

It's in his blood, here's his father, the legendary Oran "Juice" Jones.

OMG at DOMO! DJ Domo is the Dj for Scarface and the Geto Boys, and often for Devin the Dude and at times for Bun B, and well, this dude here has extreme history in the Houston hip-hop scene. Dating back to the days when he used to DJ Clubs with DJ Wiz, now the DJ for Aesop Rock. Anyway, if you know Domo, be sure to congratulate him. Dude did what many of us wish we could do. Look at the man! Congratulations brotha.

And here's N-Dex and Lyall, man straight up you can get that N-Dex mixtape mixed by Rapid Ric right here on AustinSurreal and you should! Dude just got back from the motherland, GHANA, and still came to the show.

Anyway I love going to shows and events in Houston. It's still SoReal.
Posted by Pushermania at 11:03 PM No comments:

Posted by Pushermania at 8:22 AM No comments:

MAN IT REALLY WENT DOWN! Apologies in advance for only getting photos of B L A C K I E, but my camera was messing up, flash not working, and I got frustrated.

UPDATE: Photos from Kydd's set here. Check 'em out and thanks so much Alie Jackson!

He brought his own sound system. Here's why.

So yeah I thought this was all I was going to get. And wanted to throw my camera to the dance floor.

But then the crowd started thickening. Cameras came out. Crew54 was in the place with their light, and well, I got a few of B L A C K I E tearing it up.

His Spred Love album is my favorite shit right now. I got it on one sided vinyl. You can get it off him too.

Anyway, dude is a monster. From Houston. repping both that real rap side and that real noise side. If you don't know, Houston is a classic noise city. A real hub. A spot. Man. B L A C K I E represents so much that I see as real about Houston. Super real deal. And total madness.

Which is what I'm talking about.

I shoulda got way more photos, but they'd have all come out like below, which ain't terrible I guess, but might get old after 20 or so.

My man Crite was in the house,

As was the man Mr. Cree aka Crop Diggie who ended up serving as host for the night. Seen here with Brooks Scott!

Anyway man, I am mad I don't have any pics of Bavu Blakes and Kydd but I'm gonna post footage soon so you can see how hard they both ripped it. Bavu came back to Austin with a vengeance. Boydoin' big thangs mayne I no ya fill dat, Kydd too, it's really goin' down out here. Thanks to all who came out.
Posted by Pushermania at 12:58 AM 2 comments:

OMG Go here and get my latest mess of a mix! All the directions are there. All will become clear. 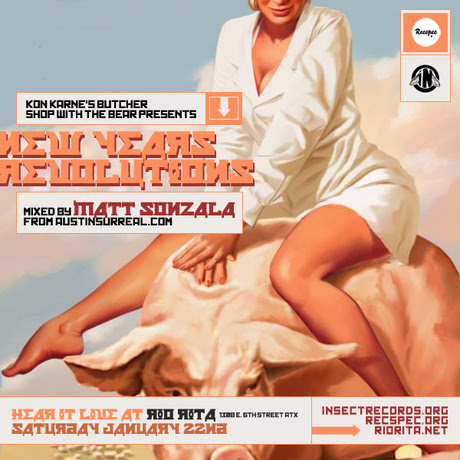 Put it in your podcaster and jam. 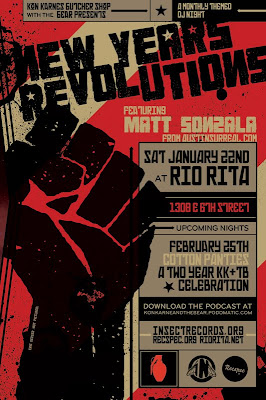 SEE YOU THERE!
Posted by Pushermania at 12:04 AM No comments:

Magno Back in the Swisha House?

Meanwhile Mike Jones has a song for Hillary Rodham Clinton. Doesn't he know that all successful rappers cater to their right wing capitalist fanbase, and that cowtowing to the liberal agenda will only lead to a life of poverty? Sheesh.

He love it when she Hillary Rodham?
Posted by Pushermania at 11:56 PM No comments:

I usually don't give a fuck about listening to rappers talk into their webcams, but Cham, he talk real good like, and I have a feeling he has something really real to say tonight.

I'ma ask him his thoughts on the Trailer Park Boys and if he knows about the impending Fubar Revolution that is about the sweep the United States of America. Also if he thinks Sarah Palin causes violence. SIGN ME UP!
Posted by Pushermania at 8:24 AM No comments:

Houston ex-pats in NYC Stand Up! I know yer out there! Wish I could be there for these events.

Word to Jason Moran. I just saw this video and was completely blown away. One of Houston's finest sons!
Posted by Pushermania at 12:07 AM 2 comments: 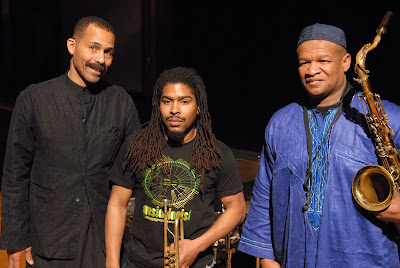 I am about to freak out. This is something I have wanted to make happen for years. I'm gonna get heavy into the story right here on this blog in the weeks to come, complete with photos (my jazz photography...), but suffice it to say, when I lived in Chicago, Kahil El Zabar was a real mentor to me, and a true friend. The events I worked on with him were some of the finest I've ever been a part of, and I am so happy to finally be able to bring them to Texas.

Peep 'em out below. More info to come.

Thanks to @AndyLanger for providing the link!

Posted by Pushermania at 11:22 AM No comments:

WIRED: The Incredible True Story of the Collar Bomb Heist

Yo Wired just published this story The Incredible True Story of the Collar Bomb Heist. It all happened in my hometown, Erie, PA. Unbelievable.