As opposed to Houston's dead horse. On tour in Europe. Good job Erie folks! And great jams too!
Posted by Pushermania at 10:57 PM No comments:

So live its got me trippin. Like a classic rap video with all the brief cameos, and shot right here in Austin during SXSW. Hell yes how dope.
Posted by Pushermania at 10:17 PM No comments:

She is bout fin to be a star for real. See her in ATX on May 12th! Official announcement tomorrow.
Posted by Pushermania at 1:38 PM No comments:

Pachanga Fest May 11-12 + AustinSurreal After Party!

So excited just under two weeks till Pachanga Fest really goes down! Its one of my favorite events annually and the line up this year is DEEP! So much incredible music for a very low ticket price. For $55 you can attend Friday night and all day Saturday and see Calle 13, Chingo Bling, Outernational, Peligrosa, Ana Tijoux, El Dusty, Brownout and SO MUCH MORE! Its only $20 in advance if you just want to hang out on Saturday. Check the videos below for a lil sneak preview of what you are in for. You can't miss this.
GET YOUR TICKETS HERE!

Saturday May 12th AustinSurreal in association with Pachanga Fest will present a special after party. More to be announced later this week but get ready for SNOW THE PRODUCT! Line up is gonna be super dope. Rapid Ric and DJ Dus on them tables, etc. Official announcement this week. Free admission with a Pachanga Fest wristband so THERES EVEN MORE VALUE!

Come out all weekend. Shit is gonna be a party for real.


It's really goin' down hope to see you out there. One of the coolest festivals in Texas every year!
Posted by Pushermania at 12:38 PM No comments:

Yo seriously this is gonna be off the chain. What a weekend. Seemed like we had a few weeks after SXSW where almost nothing was going on and now Austin is back in fool swing again. Hard for elderly folks like me, but I know you younguns have got to be happy. If you know anything about real music that is. Firstly, on Friday night my brothers at ThaFixx.com have Freddie Gibbs, Worldwide, League of Extraordinary G'z, P-Dukes and more tearing it up at Red 7. This is going to be off the chain.

Also on Friday night Flamingo Cantina hosts Twilight Circus Dub Soundsystem. Probably my favorite non-Jamaican dub reggae group of all time, outside of my fam, Grimy Styles. These dudes are from Canada/The Netherlands, but really are from outer space. I jam the hell out of them and I'm stoked to finally see them live.

Then on Saturday night Flamingo Cantina hosts the British reggae legend Pato Banton. Real talk he's one of the first reggae artists that REALLY got me into reggae when I was like 15 years old. Not kidding. I liked reggae and bought a copy of a British reggae compilation from Graham's Records in Edinboro, PA a looooong time ago, and from there became obsessed with Pato. Gonna be amazing to see him at Flamingo.

And of course on Friday night as well, my dudes Sage Francis and B. Dolan will be tearing up the spot. What a crazy weekend! Excited to see what B. Dolan brings. Hope he brings the church show series to Austin soon! 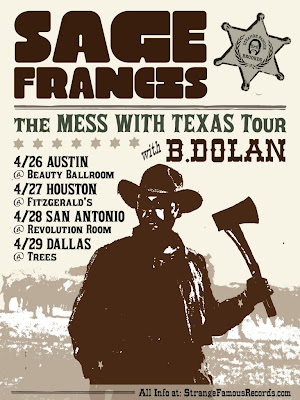 This city is insane.
Posted by Pushermania at 5:31 PM No comments:

It's really unbelievable how many high quality festivals our fair town plays host to. And this one blows me away. So many of the top names in comedy will be performing all over Austin this week and I personally can't wait to check it all out. Kudos to the organizers for the fine line up. Unlike a lot of things in this town it's not just a bunch of cracka ass hipstaz. Really stoked for this. Below is a bit of info on the event, if you don't have tickets/passes yet, get them now or you will regret this. Can't wait to see what downtown Austin is about to look like when thousands of comedy fans descend on our city. Lets hang out. 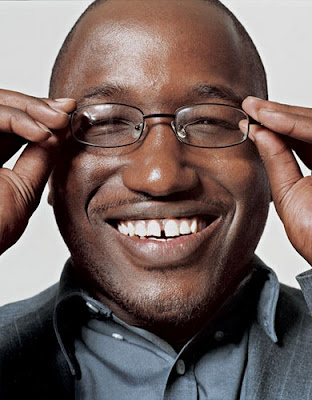 Hannibal Buress - one of the true greats right now. Seeing him at a venue the size of The Parish is going to be a real treat. Wednesday, April 25 @7:30pm - The Parish Wednesday, April 25 @10:00pm - The Parish From the press release: Austin is a city that knows funny and its way around a festival or two, and the Moontower Comedy and Oddity Festival presented by the Paramount Theatre, which has been a cornerstone in comedy, won’t disappoint. Moontower will host some of the funniest, wittiest and oddest world-class comics from around the globe and Austin. This marathon of sidesplitting nights throughout the city is slated to bring over 60 comedians doing everything from stand-up and sketch to improv and musical comedy. The Paramount partnered with Cap City Comedy Club on determining talent and other festival details. The four-day festival will span across the city at 10+ venues, including Cap City Comedy Club and the Paramount. Venue stages will be sponsored by such riotous institutions as The Onion, Funny Or Die and Hell Yes. "I'm so excited to come back to Austin. I can't wait to eat at Torchy's Tacos, Uchiko, and hopefully finally try Franklin BBQ. Oh, I'm also doing standup I think,” says Aziz Ansari. 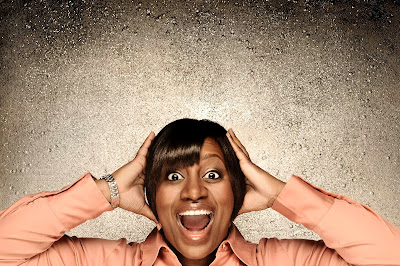 Erin Jackson - Definitely gonna catch at least one of these. Wednesday, April 25 @10:00pm - Beale Street Tavern Thursday, April 26 @10:00pm - Beale Street Tavern Friday, April 27 @8:00pm - At the ND Saturday, April 28 @7:30pm - Velveeta Room More info: The festival is slated to bring over 60 of the world’s best comedians both established favorites and up-and-comers to Austin, a city with an insatiable appetite for comedy and festivals alike. Spread out over 10+ venues around the city including the Paramount Theatre and Cap City Comedy Club, the festival will showcase stand-up, improv, sketch, musical comedy, and all of the odd and hilarious stuff in between. *A note to current and prospective badge holders. Single tickets will be available for each performance. The VIP badge grants you access to all performances, with no need to purchase an additional ticket. The “You Betcha I’m Somebody Pass” gives you access to each performance, except those at the Paramount. For Paramount shows, “You Betcha” badge holders will have pre-sale access allowing them to get a jump on the crowd for the big shows. The “You Betcha” badge, while giving you the most bang for your buck as a great overall value badge, gets you access to the shows after VIP badge and single ticket holders and does not guarantee admission. However, the Festival will hold a limited number of seats set aside for these badges at each show for those first in line, so early arrival is suggested. It is suggested that “You Betcha” badge holders also take advantage of the special benefit of exclusive pre-sale access to purchase single tickets to “must see” performances and ensure your entry. 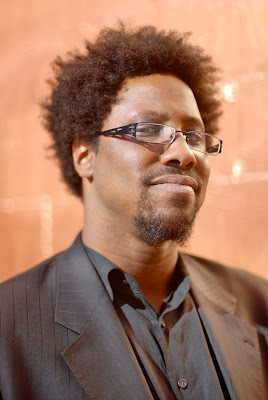 One of the coolest annual festivals to hit Austin is happening once again on May 11th and 12th at Fiesta Gardens, si senor its PACHANGA FEST TIME ONCE AGAIN! 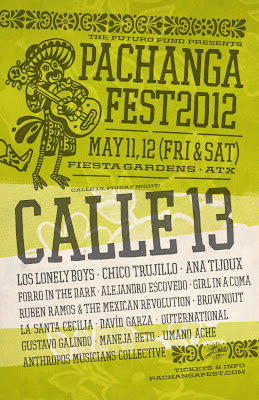 If you haven't got your tickets yet, hit the website PACHANGAFEST.COM asap and get yourself sorted. Calle 13 on Friday and and entire day of extremely dope entertainment all day Saturday for less than it costs to take a date to the movies these days. Real talk, this is not one you can miss.

The Pachanga Latino Music Festival, the Latin-themed music, cultural arts and food festival, has announced the initial music lineup for the 2012 festival. 19-time Latin Grammy and double Grammy Winners Calle 13 will perform for the first time in Austin as headliners for the inaugural Friday night show of the festival in partnership with local indie promoters Knuckle Rumbler.

The festival will be held at Fiesta Gardens in Austin, TX on Friday, May 11 and Saturday, May 12. Saturday will feature International, national and local favorites Los Lonely Boys, Chico Trujillos, Ana Tijoux, Alejandro Escovedo, Forro in the Dark, Ruben Ramos and The Mexican Revolution, La Santa Cecilia, Girl In A Coma, as well as Niños Rock Pachanga, the hands-on kids festival.

Posted by Pushermania at 4:00 PM No comments: 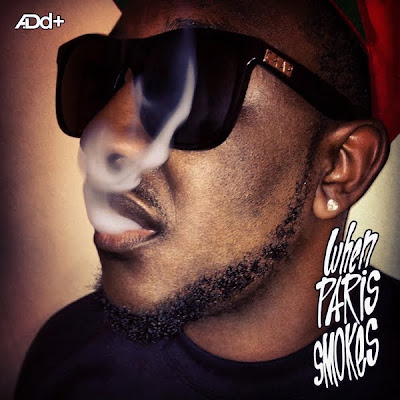 Another super jam from one of the best groups happening in hip-hop right now, A.Dd+. Dallas stand up it's really goin' down!

Loosies (Non-Album Releases)
Posted by Pushermania at 3:55 PM No comments:

To me, Han Bennink is the greatest living musician. He's definitely the musician that I like to watch more than any other.

Today he turns 70 years old, and lives a more energetic and vibrant life than anyone I know. A true inspiration.

Terry Gross sits down with him on NPR's Fresh Air today for a brilliant interview, and a sampling of his work.

Its a beautiful day...
Posted by Pushermania at 3:50 PM No comments:

Art City Austin This Weekend!
10YR, The Tontons, Riders Against The Storm, Equals, Zorch, The Levites and MORE!

It's really goin' down this weekend y'all! ART CITY! And we have some super sounds to accompany your walk down Cesar Chavez taking in all the art and such. 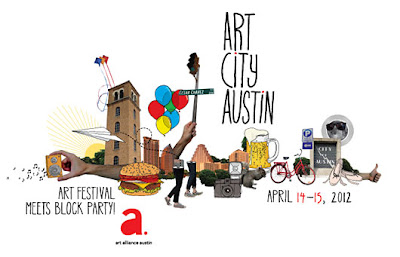 Come down I'll be at the City Hall Stage all weekend. Lots of great music happening from The Tontons, 10YR, The Levites, Riders Against The Storm, Equals, Zorch AND MORE all day Saturday and Sunday. It's $8 to get in and once in you get music, art and tons of fun. Family friendly, come down and lvely up yo'selfs.

And check the YNN Report from last year's Art City Here.
Posted by Pushermania at 8:09 AM No comments:

I'd expect nothing less from these dudes.
Posted by Pushermania at 10:23 AM No comments:

Getting the message out in Canada

Why Canada hating on my boy? I thought they were liberal out there.
Posted by Pushermania at 8:08 AM No comments: