I shoulda been done ordered this here shirt

GHOSTFACE DRRRRRIIIILLLLLAAAAAAAAAHHHH and co. finna smash the Heat in the name of TEXAS and CLEVELAND! Two of the realest places in this hemisphere. 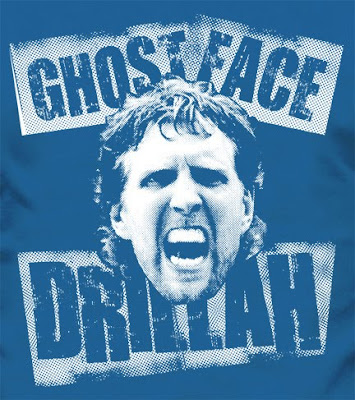 I may still have to. Maybe tomorrow. You should as well.

Get your at www.dirkshirt.com RIGHT NOW!
Posted by Pushermania at 8:40 PM No comments:

Also the state. Big ups to DJ Hella Yella for sending this out.
Posted by Pushermania at 12:32 PM No comments:

Man, the 2100 pop. town of Marfa is getting more/better shows than some cities 10 times its size. Word up y'all keep things poppin'. Gimme more reasons to come out there. Are you headed to Marfa this week? Why not? 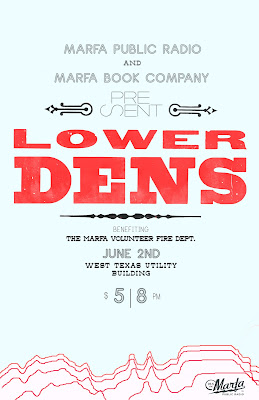 Also catch Lower Dens on Marfa Public Radio's Talk at Ten show this Thursday. (The Talk at Ten page could use a lil update y'all)

Anyhoo it's really goin' down. I love that song "A Dog's Dick," and have played it many times on the AustinSurreal Show. You may hath heard it.
Posted by Pushermania at 10:54 AM No comments:

Did you happen to stay up and listen last night? If not, no worries. Its all right here, and ready to jam for your Memorial Daze BBQ! 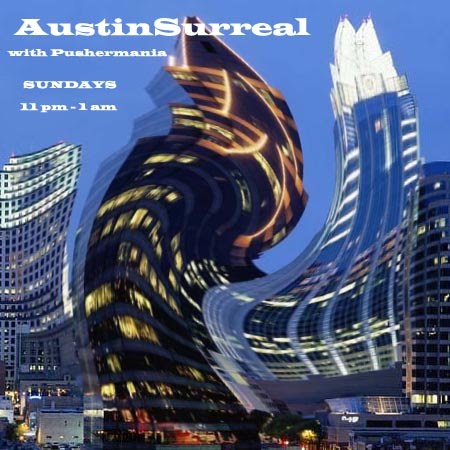 CLICK HERE TO DOWNLOAD OR STREAM THE AUSTINSURREAL MEMORIAL DAZE SPECIAL!
Posted by Pushermania at 2:38 PM No comments:

Posted by Pushermania at 2:38 PM No comments:

When's the last time you tuned in to the AustinSurreal Show?

Well it happens each and every Sunday night from 11pm Central USA Time on http://www.kaosradioaustin.org and it's live and it's jammin.

I hope that a lot of you don't have school or work tomorrow - at least here in the US as it's Memorial Day, and you can stay up with me. I do hope you will. Cuz I'm finna play nothing but JAMS!

If you do happen to stay up, hit me on the Twitter. I'm @Pushermania on that bitch.

K, smell ya later.
matt
Posted by Pushermania at 8:33 PM No comments:

The Echocentrics Live in Marfa Recap!

All the way down. There's really no better band that I could have started this AustinSurreal Marfa series of thowed shows than the Echocentrics. I am so serious, it was amazing. Big thanks to Rachel Neel, David Beebe, El Cosmico, Red Bull and Rosario & everyone at Marfa Public Radio for helping to make this happen.

I plan to be back in Marfa every month.

No lie, this lil city, in the middle of a buncha mountains is exactly what I mean. It's peace personified, with a slight side of hip, and a whole lot of realness.

I headed out with the OG Photographer of Luxury Mindz, to make a video with The Echocentrics in the desert, and to do a show at Padre's. My new favorite bar.

We automatically befriended the locals when this lizard was saved by Mike Longoria,

from this killa El Cosmico Cat -

It almost got real serious up in there. We were just chillin' in the lobby of El Cosmico and lil homey jumped on Mike's leg to escape the wrath of El Gato.

Food Shark is THE lunch spot in Marfa.

From vegan to carnivore, its got a lil of everything. Amazing.

While I went in and out of weird lil stores. Best score was at the Marfa Book Company where I got the new book from K.B. Whitley entitled Where From Here. Crazy thing is, I met ol' K.B. on the street and we got to talking and he told me that his son lives in Austin and he was the drummer of Ed Hall/Crust. And so I says to the guy, "Kevin is your son? Husband of Faith, father of Honey?" And he was floored, because indeed it is, and I know him and our kids play together, and well, this is just the sort of thang that happens in Marfa, you meet people, and are immediately connected. So I bought his book and he signed it for me, to his "new, close, friend."

Anyway, this video is gonna be dope. Amazing South American women in window frames and such.

She almost gave me a heart attack tho when she was standing in this 2nd floor door frame. Seriously like when my daughters like climb in a tree and jump down like psychos, that's how I felt.

She was on some Cirque de Soleil shit, I am not kidding.

And she took this pic of me, my new Facebook profile pic.

OG scoping out the shoot site.

The Get Go is like a mini Whole Foods in the desert. They have everything you might need.

This is Rachel Neel. Big time music promoter in Marfa, TX and also the Marfa arm of AustinSurreal, also known as Marfa Surreal Industries. Also known as Marfa Event Enterprises. Definitely made this show happen in a big way. And will make many, many more shows happen. Shout out to Marfa Public Radio, the Big Bend Sentinel, um, the Marfa List, and all the word of mouth.

Anyway, Padre's is such a great spot for live music. It's like 250 capacity, so it's not huge. It's like an intimate place that any musician would love to play/ Great stage, top notch sound (like really great sound, some Austin spots could LEARN A LESSON!), and a wonderful staff. Jus lyke heaven.

This couple would get up and dance, then go sit down for like 4 seconds, then jump back up and dance again. They helped keep it poppin'.

Adrian Quesada is a genius.

This is my favorite live band right now for sure. Rumor has it that Tita and Natalia are going to move to Austin and The Echocentrics are going to become a full time band. I started that rumor, but you know how things go. I have hope.

Big ups to Converse for getting behind the event at hand with the shoes and such.

They were worn with pride.

They ended the set with a Selda cover, and well...

The Dallas Mavericks won. This was quite a night for me. Word to the ladies from Den Haag and Dallas who were super hyped for them Mavs!

Eddie Torres putting up the bass.

I think there's a special boutique that only sells Marfa based gear, if there's not, there needs to be one. My Marfa Public Radio shirt is gonna get some mileage this summer for sure.

Anyway this is a fine group of folks.

And I hope to see

Quite often out there in Marfa. This here is the FOOD SHARK, a Marfa Legend, but also an AUSTIN LEGEND. Real heads know the deal.

One of my favorite bars....

After the show we headed back to El Cosmico for the after party. Quick drink, smoke, etc and a nice hang.

What a fine group.

Natalia and Tita moving to Austin. For real. See them on the road with Thievery Corporation NOW.

This post and trip brought to you in part by Mescal. Psychedelic Tequila in the desert.

Their first show was at SXSW 2011 and I just found this interview. Check it out. They feature the Selda version they also did as an encore live in Marfa. Maaaan I need this track.

The Echocentrics: SXSW 2011 Tremble Interview from Tremble Tremble on Vimeo

Posted by Pushermania at 6:40 PM No comments: