It's really goin' down and it starts Wednesday night at Warehouse Live! The Niceguys, A.Dd+, Kydd and Worldwide all out there on the road through Texas together on the Red Bull Skooled Tour! 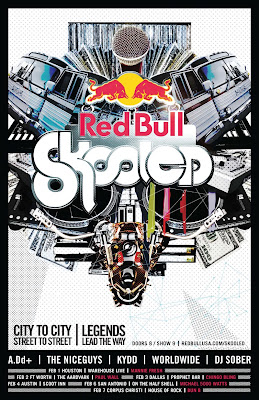 These #NewTexas Rangers will be joined by different Texas legends in each city and all shows are FREE! Come see the next wave of artists from Texas in these intimate settings FOR FREE while you can!

Lots of folks slated to pop up as surprise special guests throughout the tour, and the acts have some special stops planned in each city.

More info to come in the daze to come!

I should probably start paying attention to this blog as opposed to just posting a random video every week or so, ya think? Well ok I promise, this week there'll be a lot more shit. I promise. #NewTexas

This right here is dope tho! The TX Power House TV Cypher Part 2. Some of my favorite folks on here!

And honestly I generally don't click on videos of people standing around rapping, but this one is actually worth it. And its #AUSTIN.
Posted by Pushermania at 4:58 PM 1 comment:

Pretty on point. Being that I am a lifestyle blogger, this doesn't offend me at all.

I think I know all these guys, in passing at least. Thanks Slava P!

INSTANT CLASSIC!
Posted by Pushermania at 4:01 PM No comments:

Posted by Pushermania at 3:17 PM No comments:

OMG Sat. Jan. 21st its really goin' down! At the Gypsy Lounge! 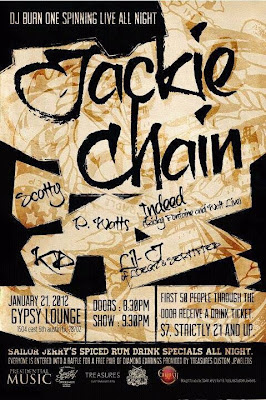 Lotsa great folks on this one so glad its happening in the ATX!
Posted by Pushermania at 8:34 PM No comments:

Not to be confused with the Beauty Bar on 7th Street. This is the NEW Beauty Bar down there on Riverside. Where some people seem to think our music district is moving to. Viva le southside. Anyway I guess its opening this weekend with one of the freshest voices in hip-hop today, KENDRICK LAMAR, and one of the coolest things happening in Austin music RIGHT NOW, 10YR! 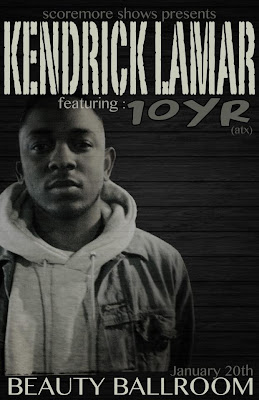 Its really goin' down Friday night.

GET TICKETS HERE THIS WILL SELL OUT!

And peep the Facebook event page and drop your RSVP.

I saw Kendrick at Red 7 last year and he wrecked. One of the only new dudes I really think is amazing. I mean I like a lot of the new dudes, but Kendrick is amazing.
Posted by Pushermania at 10:02 AM No comments:

I was younger then...

Thanks to all the good folks who hit me up in these past daze to wish me a happy birthday and remind me that yes indeed I am 40 years old. Its a milestone I guess, and it HAD made me sit and think a bit about where I am in life, and well, I'm here. Not a terrible place that is for sure. This past weekend, the last of my 30's, we did it big. Family, friends, the things that really count.

Took the two hour trek out just past Fredericksburg to Enchanted Rock. A huge granite dome mountain. More info on that here.

Its gorgeous though. I need to do more things like this, now that I am 40 and such, I'm way more in the heart attack range so I need to get more exercise and spend more time in natural, positive places.

That's another thing I've been thinking about.

I'm way more into hiking than going to some gym. Mostly because I hate people.

Not you, but a lot of people, yeah, I hate them. Especialy up in the gym.

Motherfuckers watching Fox News on a treadmill and shit, fuck that shit.

Listening to HiNRG and shit man fuck that shit. Just gimme a mountain to climb.

Or a stream to row down or something.

Speaking of streams. I'm so glad that we are getting some rain these daze. We need more though, as evidenced by these DEAD CACTI! Aren't cactus supposed to survive droughts and thrive in the desert? Yeah, it's been THAT BAD. Praying for more rain in 2012.

Cuz this region really isn't shit without some water to jump into.

Also I know I wasn't supposed to post anything. I guess its some kind of blackout the internet day in response to this whole SOPA debacle. I don't know about you, but as an anarchist, I don't respond to THEIR laws anyway, so whatever on all that shit. They can't stop me from internetting. They wanna stop me from internetting they are gonna have to pry the internet from my cold, dead hands.

Mark my words, stay off my internet.

If something can be digitized, it can be shared. Point blank. And 13 year olds way smarter than our elected officials will always find a way to get around whatever they try to do to stop them. Its a fact and has been proven time and time again.

So whatever, quit wasting our time and tax dollars. People need to spend more time climbing rocks than they do sitting staring at screens, I agree, but whatever, there's no turning back now. They wanted this zombie culture and they got it.

I do kinda trip out on the fact that like every album and movie ever is available for free on the internet. I don't think that is right at all, unless the makers want them to be free. But in the end, what're you gonna do? Arrest everyone? Wait, please don't think I'm suggesting that. I know that you can do that if you want to. Motherfuckers.

ANYWAY lets stop being negative for a moment. Cuz seriously, this past Sunday I went to the most positive hip-hop show I have ever been to in my life. Don't take that the wrong way, positivity is a good thing. And the Riders Against the Storm (the good folks behind this event) truly know how to spread it in the right way.

Austin gospel act The Levites opened the show and brought some real #magic to the building. Beautiful voices and they really spread the spirit through the room. I'm not a super religious person, but I do have my beliefs and one of those beliefs is that classic Gospel music is some of the best music ever made, and well, the foundation for almost all American music ever made. Ponder that for a minute.

I haven't been going out as much as I should be as of late and I kind of forgot how much I love Riders Against the Storm. I mean I knew that I loved them, but man, everytime I see them I am reminded about how much love they really give to the people and how important that love is.

They call themselves "hip-hop healers" and I am very aware of the fact that that whole concept could be really corny if done by the wrong people. Thankfully Riders Against the Storm are the RIGHT people.

It's hard to explain, as all spiritual healing is hard to explain. But they bring a real energy to any room they are in. Its not a game to them, they really are there to inspire and uplift and it shows and you can feel it as soon as you step into one of their events.

Tonight the energy levels were set way up off the meter. Positivity flowed through the night as I entered into my 41st year on this earth.

Which was a good way to start it off. With good friends and real vibes. After a weekend with my family, in nature. I think I may have done something right for once in my damn life. This could be a sign. Maybe my 40s won't be so bad. Maybe you should not stick the proverbial fork in me. I dunno.

Anyway if you are in Austin on Jan. 26th, we should all go down to Lambert's and catch Riders Against the Storm with 10YR. That night will be #magic.

This kid stole everyones heart for the night.

Right at the front of the stage soaking up and adding to the vibes.

DaShade hit the stage third and killed it as well. Dude is a lyrical giant and another very positive artist.

So much to say and he can really get a crowd moving.

You might remember him from the group Blacklisted Individuals.

He's a real inspiration for sure.

DJ Notion held it down in the North Door, the bar behind the ND and one of my favorite places to hang in the city at the moment. Always great DJs in there.

Lowkey of the LOEGz seen here with DJ Notion. My hangover on Monday was all Lowkeys fault.

The big brother Bavu Blakes returned to Austin to rock the show and man, the man rocked.

He's always been one of my favorite MCs of all time, especially live on the stage and he hasn't missed a beat. California hasn't softened him one bit.

His SANCT EP will see an official release this spring with a release show in Austin at the end of March.

DMadness and his band held it down of course with the man Bavu. You HAVE to see D's new group 10YR very soon. Possibly this Friday opening for Kendrick Lamar?

Rochelle Terrel was in the house supporting. Another very important voice on the Austin music scene.

Blaxsmith joined Bavu on stage of course and straight wrecked on some #LeagueShit and then some. Another important voice on our scene. And also more positive energy!

DJ Chorizo Funk held it down all night, and during Bavu's set.

So good to see the man rock the stage once again. Been way too long. He should teach a crowd rocking class.

Nice vibes inside and out with some great folks.

Beautiful singer Willette Wallce, and International SuperStar Gary Clark Jr.! I've always been impressed by how much Gary has always supported the Austin hip-hop scene. But now more than ever its like, dude is playing Brazil, London, David Letterman, sharing stages with Eric Clapton and more and more and more, and he still pops up for local shows in ATX just like he always has. That's real and much respect to Gary. If you haven't heard him yet, you will soon. Don't miss out on the revolution that is.