Wowsers! Word to BMC and that man Michael Watts for taking the Swisha House to that next level of the damn game! 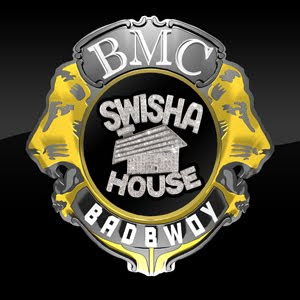 Houston, TX - December 4th, 2010 -- Swisha House raises the bar once again. Notorious for their uncanny ability to recognize and identify the freshest talent emerging from the streets of Houston, the renowned label’s latest innovation to the game is the introduction of a new blend of trademark southern rap music with a progressive new style of bass music, dubstep. Enter dj/producer Badbwoy BMC with his inaugural mix tape debut "Welcome to Trillstep.” Which is hitting distributors on November 26, 2010.

For more than a decade, Badbwoy BMC has influenced and define Bass Music Culture in Houston, Texas and abroad. One of the most sought after jungle/drum ‘n bass/ dubstep Djs in Texas, BMC now double duties as a producer creating an original and unique style that represents a phenomenal transitions into a new era of two cultures. BMC is one of the most qualified DJ in the industry capable of integrating and combining southern rap elements with the subversive and grimey ingredients of dubstep creating “TrillStep”.

Badbwoy BMC’s first release on Swisha House will be an impressive 25 track dubstep remix CD. Featuring remixes of Paul Walls "Chunk up the Duce", "Iced Out", "They Don't Know" and Surreall’s (the first lady out of Swisha House) "Know How To“. Badbwoy Bmc doesn't stop there as he brands many of Houston's most talented rappers such as Slim Thug, Bun B, and Lil KeKe with his Trillstep stamp.

for more information, promo requests or to set up an interview, please contact Bill McCain - b.mccain713@gmail.com

I played a few jams from this disc on the AustinSurreal Show this week. If you want a lil preview click here and peep the show!
Posted by Pushermania at 12:04 PM

Respect to SoReal - always on the forefront in everything he does!

Thanks for sharing. I listen to some of those artists.