Got this in my inbox earlier this week and finally got a chance to listen. Another very strong voice coming from Houston, with a heartfelt mixtape that goes out to his brother JJ aka Shoota Mac, who was shot in the back and killed at a gas station while changing a tire late one night last year in Houston.

Fans of Drake may rember his "RIP to JJ" shout out, well that was him and this CD is dedicated to him, by his older brother Onehunnidt. 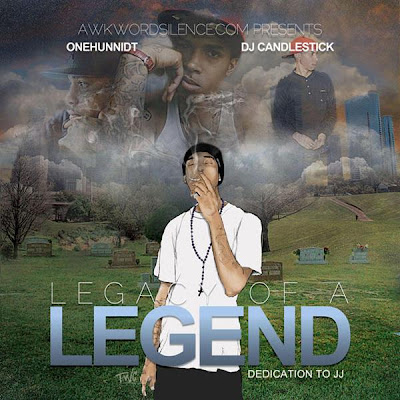 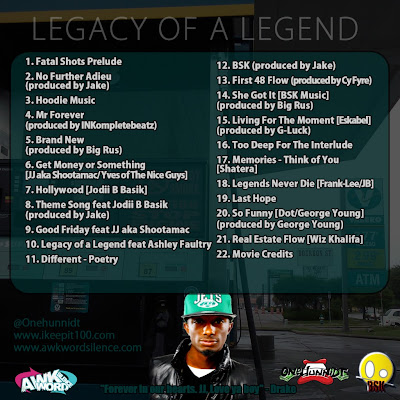 I didn't know much about JJ, we had some mutual friends obviously, but I left Houston for Austin just as he and his generation started coming into prominence. I asked Onehunnidt for a little background and this is what he told me:

"JJ was friends with Jas and James Prince (Son's of Rap-A-Lot founder J. Prince) since their early teens. Hanging out with Jas and Rap-A-Lot put him in touch with many celebs and entertainers and his natural charisma lead to him making friends with lots of artists. Drake, Wiz Khalifa, and many other guys who are on used to contact JJ when they were in town. For more info on JJ you can visit my site, there's lot of things about him there and here are a few direct links. Thank you for the willingness to put the download on your site, that means the world to me!"

CLICK HERE TO DOWNLOAD ONEHUNNIDT - LEGACY OF A LEGEND (Dedication to JJ)
Posted by Pushermania at 3:42 PM