Check out my man Noz's story on the Fader Blog.

The Numero Group has unearthed a 12" presumably released in 1987 in Cleveland, but an unknown rappper from the era and well, its pretty jammin'. I just kind of find it hard to believe that no one know who this is. I am originally from Erie, PA, less than 2 hours from Cleveland, and went to Cleveland to buy music and see shows all the time back in this era. 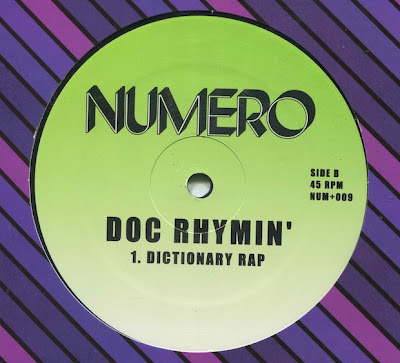 At the time, MC Chill was definitely the man out there, pretty much the center of the hip-hop scene from what I could see. Also DJ Cochise was around from like the late 70-s until today. I assume SOMEONE in that scene would have an idea of who this is.

Anyone with any ties to that era in Cleveland, hit me up, and lets try to solve this mystery. I already hit up MC Chill on the Facebook, and emailed Cochise via his website. Hoping for a reply. This definitely should not be the mystery of the century.
Posted by Pushermania at 12:38 PM