I don't normally do this (upload full CD's to the blog), but I found this one as I was going through a box in my garage of a ton of CD's I had on my shelf in my office in Houston. I remembered it as being pretty jammin', so I popped it in and was like MAN, yeah, this was the year 2000... 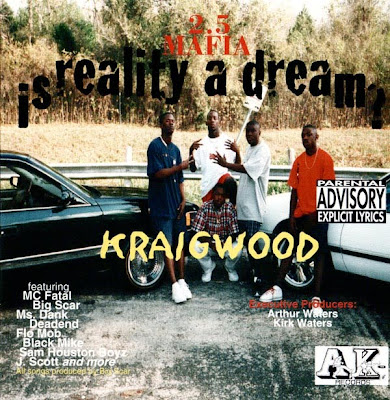 And if anyone involved in this project has a problem with this being uploaded, let me know and I will take it down. I just feel like it's a good document of Austin hip-hop, from a period just before eyes started peering in on Houston. Texas rap back then was like, really it's own thing. Records even I may have not heard of right away were selling in the streets for real. Every city/region had their break outs on all different levels. 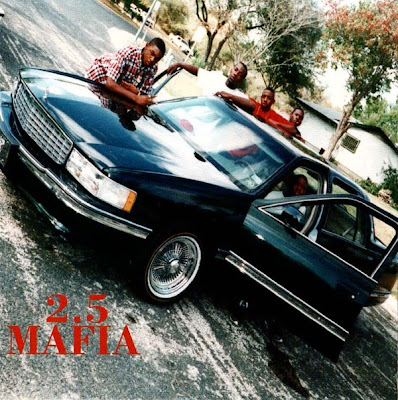 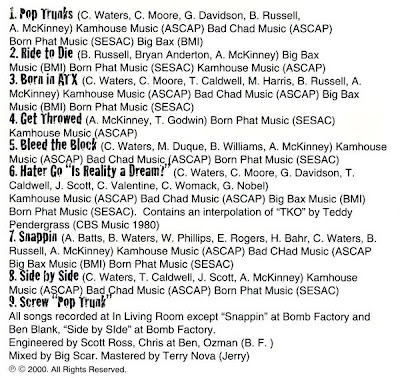 The track list is actually one of the more thorough Texas indie rap track lists I've ever seen, but alas, while it gives credit to all the artists/writers, it only lists their real names, so I am not totally sure who is who on here. I mean I know who MC Fatal is and who Black Mike is, but I don't know everyones real names. Peep the tray card below to see who all is featured and give this one a listen. 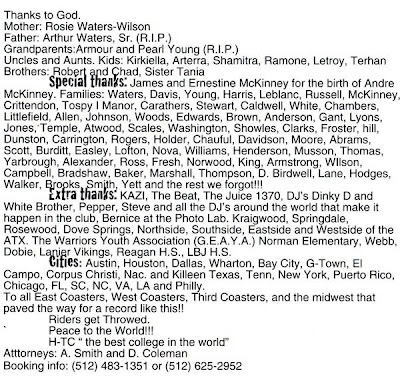 Austin Got Tight Music For Real. 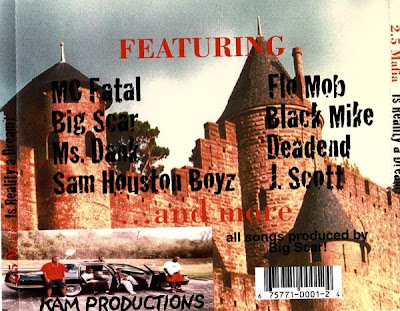 Anyway, jam out to this Austin rap classic and if you feel it and want to hear more classic Austin, lemme know and I'll see what I can get up.

Posted by Pushermania at 8:00 PM

Yes this was a very good cd. Chris Moore was my boyfriend at that time and still is a good friend of mine and also the rest of the guys in the group... They have been blessed with true talent indeed and i hate that the album didn't reach the level it should have but who knows God may still have some things in store because the cd was in the past but the making hits still exist in their future so only time will tell...Thanks for the support and recognizing true talent indeed.

Please add more. That would be swell.

anybody know where to find the video for "quarter block party"?

Add more Atx muzik...I had dat quarter block parade video on tape ima have to find it and up load it to youtube ....1 love from dj cruisa and the quarter block fam on lil hill free my butts Gramz

Do u have the 2nd cd I think its kalled quarter block parade if so post it and any old ATX MUZIK go checkout GRAMZ "TRYNA PUT THA REX DOWN" ON DATPIFF . COM A QUARTER BLOCK VET IN THE FLESH