CLICK HERE NOW TO SIGN THIS PETITION TO LIFT THE BAN OF TRAE THE TRUTH ON HOUSTON'S 97.9 THE BOX.

I'd say it's a long story but really it's not. I headed out of Austin this past Thursday to attend and to also speak at Trae's Town Hall Meeting, and well, just past Giddings, about an hour outside of Austin (though it took almost 2 hours as it was rush hour and it was raining - I swear I'ma open a driving school in Austin) my car began to stutter, and then just died. It was raining and there was traffic so for almost two hours I was running my wipers, my headlights, my radio, and my ac and just starting and stopping the whole way. Finally it just gave out and instead of standing up in Houston supporting my man Trae and a cause that I feel is really real, I sat in a town truck and a small garage reading Twitter posts about the meeting and the hip-hop honors taping in New York.

I'd say that I hit a new low that night, but to be real with you, the past couple weeks have been pretty trying on a couple different levels that I won't write about here, and that situation almost felt right. Like "Yep, this is about right. I'll just miss the event that means a lot to me and sit here in the drizzle and read Twitter and spend money I don't have on a new alternator. Feels about right."

I felt like a walking, breathing Trae song. Lol?

So apologies to anyone I haven't been in touch with this past week or so. I'm getting it together. Also my phone messed up this weekend so I probably missed even more people that I was hoping to see... Anyway, whatever. This is about Trae, not me. The video below shows how it went down at the meeting. The people really came out to support. I am especially impressed to see Reggie Reg of the Go DJs, and some of the other Go DJ's in the spot, as it seems to me like a DJ might want to aspire to spin on a station like the Box. It's good to see some DJs with some real nuts coming out to stand up against the evil empire.

Trae is doing everything right in this situation. If you for some reason are not familar with the situation, go back and read my Open Letter to 97.9 The Box for the whole story.

Well, the whole story from OUR side, the corporate line towers at the Box aren't saying a thing.

Though they should. The end result of this Town Hall Meeting was the resolution to institute a one week boycott of the radio station. All in attendance were asked to not tune into the Box for one week, and to ask their friends and family to do the same thing. Now fact is, a good number of folks in Houston turned off the Box a long time ago, we've just got to get the rest to follow suit.

SHAPE Community Center Director Deloyd Parker also spoke up. The City of Houston really is behind Trae. Deloyd Parker is one of the most major voices in Houston for the streets and the people in general and has been for many, many years.

The two rappers in Houston who aren't scared of the goofballs at the Box - Troublesum and K-Rino. They may never get played on the Box again, but they'll always have my support.

Which bring sup a great point. K-Rino was "banned" from the Box 10 years ago when after hearing DJ J-Mack say something unsavory about Muslims, he made a song about the Box and the offensive DJ. And got banned.

But fact of the matter is, K-Rino never really got any airplay anyway. He's never been on MTV or BET. Never been featured in The Source or XXL (though I have personally mentioned him in both magazines) but 25 years into his career and he's still standing. He's not starving. He has a home. He releases two albums a year. He's performed all over the US, in Europe and in Australia. He's got a genuine career that has literally SPANNED 25 YEARS!

Can you say that about any of the dudes in rap who have followed the hype machine? No, you can't. Some of the biggest sellers in the history of rap, are broke as hell right now. Some of the Houston dudes who appeared to be on top of the world in 2005, well, that's another story. K-Rino is still standing, 100% independent. 100% real. I'm so happy to see he and Trae sitting next to each other, alongside one of the dopest females in the game.

THIS MY FRIENDS IS WHATS REALLY REAL. Not the Box, not the hype machine, not the papparazzi, not the VH1 Dirty South Hip-Hop Honors, not any of that shit.

Though I honestly have nothing to say either way about the Hip-Hop Honors thang thang.

Butthe fact remains that above and beyond the radio station not playing Trae's music, they are getting in the way of his business on other levels that they have no business meddling in.

Who came out in full force, en masse.

Including Devin, a young Trae fan who exemplifies the reach Trae truly has.


Peep the video right there and see the smile on young Devin's face, and more footage of Trae in the streets of Houston, with the people.

Optimo Ram is putting it down hard on his internet radio station playing ALL REAL JAMS!

Straight up the boycott of 97.9 is in full effect right now. They say its supposed to last a week, I say make it last forever. The Box is showing its ass right now. They are showing YOU exactly how they feel about YOU. By not talking to Trae, and working this bullshit out, in my opinion they are making a big mistake. And by not speaking publicly about this situation to the people, they are really slighting Houston.

Do you really want to support that?

CLICK HERE NOW TO SIGN THIS PETITION TO LIFT THE BAN OF TRAE THE TRUTH ON HOUSTON'S 97.9 THE BOX.

CLICK HERE TO DOWNLOAD A SONG FROM TRAE'S NEW UNDERGROUND CALLED - You Can't Ban Tha Truth - Entitled "Light Up." You need this one in yo life! 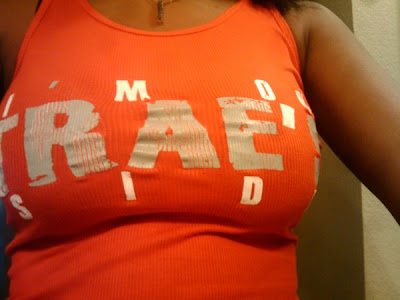 Posted by Pushermania at 7:38 PM